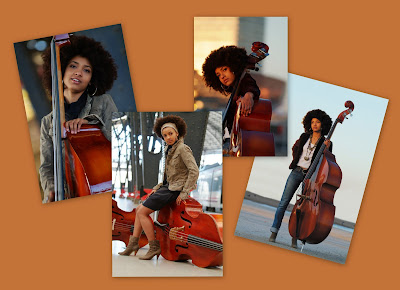 Esperanza Spalding - who will perform in the Center's Jazz Series Nov. 6 and 7 - made quite a splash at New York's Central Park SummerStage festival this weekend. The New York Times raved about the up-and-coming musician's "ebullient singing and her agile bass playing," deeming her a charismatic and talented artist, bandleader and vocalist.

Hailing from Portland, Oregon, 24-year-old Spalding has also caught the eyes of President Obama and has twice performed in the White House. She is also a member of the faculty at Boston's prestigious Berkelee School of Music, her alma mater. Spalding's latest album, Esperanza, has been hailed by critics for its successful blending of Cuban and Brazilian influences with classic soul and contemporary pop - an irresistible fusion she is sure to exhibit during her visit to the Center this fall.

Read the full NY Times review of her latest performance here.
Posted by JBrunner at 11:07 AM No comments:

Go Green with the Center

The Center will hold a free e-waste recycling drive on Friday, June 19 from 12 p.m. - 6 p.m. and Saturday, June 20 from 10 a.m. - 4 p.m. Everyone is invited to drop off their unwanted electronic items for safe disposal including: computers, printers, PDAs, rechargeable batteries, VCRs/DVRs, cabling, cell phones, TVs, digital cameras, LCD monitors, phone systems and more. Electronic products can contain harmful chemicals such as lead, mercury and cadmium that may seep into the water table. This event will ensure all items are disposed of in an environmentally-safe manner and that any useable devices or parts are repurposed so it doesn't end up in already crowded landfills.
The collection drop-off site will be on the Center's community plaza with access from the Avenue of the Arts (Center address is 600 Town Center Drive, Costa Mesa, 92626). A map of the exact location is below.

The e-waste collection drive is being organized by the Center's Green Team which was formed earlier this year to put energy-efficient principles to work throughout the campus. The Green Team has worked to reduce paper usage, institute more recycling bins, stock the kitchen with reusable mugs and improve green office signage around the office. The Green Team is part of the Center's overall commitment to conserving energy and using energy more efficiently.
For more information about e-waste disposal, please visit: http://www.erecyclingservices.com/.
Posted by Heather Cho at 9:13 AM No comments: 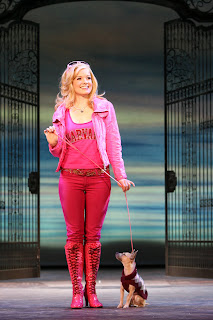 The Tonys always showcase musicals nominated for awards but this year's telecast will also include performances from three national tours. Legally Blonde the Musical was chosen along with Jersey Boys and Mamma Mia!. Neil Patrick Harris will host the 63rd Tony Awards from Radio City Musical Hall.
For those who haven't seen the popular MGM film or musical, Legally Blonde follows sorority star Elle, an underestimated blonde who doesn't take "no" for an answer. When her boyfriend dumps her for someone more "serious," Elle puts down the credit card, hits the books, and sets out to go where no Delta Nu has gone before: Harvard Law. Along the way, Elle proves that being true to yourself never goes out of style.
Posted by Heather Cho at 10:36 AM 1 comment: