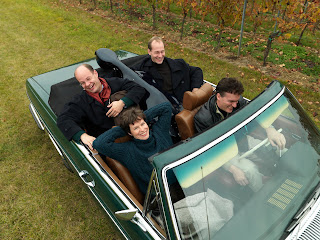 We have a new guest blogger - Chapman University's Jake McIntyre. Jake is Segerstrom Center's new marketing intern and he will be reviewing a variety of shows during his time with us. He is a senior at Chapman with a double major in communication studies and dance performance. An Orange County native, he has trained in theater and dance throughout Southern California. Besides working with the Center, Jake has worked with Backhaus Dance, Newport Beach Film Festival and the American Cancer Society. An avid theater and art enthusiast, Jake spends time immersing himself as much as possible in the local artistic community. He caught the Manderling Quartet's performance last week and below are Jake's thoughts on the concert.

The acclaimed German ensemble, the Mandelring Quartet made its Center debut at the Samueli Theater February 24. I am by no means a classical music aficionado, but this performance by the Mandelring enthralled me. I was hypnotized by the choreography of their bows, and was blown away by the personality these players were able to expose from the musical scores.

LA Times music critic, Herbert Glass, discussed in his preview talk how the program followed the heritage of Beethoven’s string quartets on later composers and the beginnings of dissonance. The night opened with Mendelssohn’s String Quartet in A minor, Op. 13, a lyrical and romantic composition, which transported me to the German countryside. The Quartet then played the more contemporary work, String Quartet No. 5, Sz. 102 by Bartok. This piece was composed in 1934, during the onset of WWII, and a haunting tension could be felt throughout the work. The piece was extremely avant garde for its time and sounded more akin to a work of the 20th century verse the '30s. The program ended with Mozart’s String Quartet in C major, K. 465 (“Dissonant”), a revolutionary score that was the first to have the famous dissonance sequence at the beginning of the work.

The Quartet was called back three times for bows, and for an encore performance. The short encore piece, whose name I did not catch, was by Shostakovich. The piece was well received and left most the audience laughing at the score’s comedic tones.

This evening was an inspiring and enjoyable night, a perfect way to end a long week. I look forward to the future concerts planned at the Center this season, and I will definitely be back for more. Information on the Center’s upcoming concert series can be found on the website.

So Many Reasons to See Rock of Ages

Our flip cam recorded Rock of Ages cast members yesterday on their bus ride from LA to Costa Mesa for a mini concert at South Coast Plaza (they gave an amazing performance BTW!). Click on the video to hear cast members discuss why people should come see the show in Orange County. As if rocking songs by Journey, Foreigner, REO Speedwagon or Bon Jovi weren’t enough! Click here to see the cast perform Journey's "Don't Stop Believin.'"

Posted by Heather Cho at 2:07 PM No comments:

Labels: Rock of Ages, rockofages, Segerstrom Center for the Arts 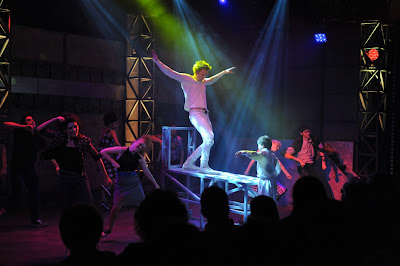 Chance Theater’s The Who’s Tommy made its thrilling Segerstrom Center debut last night with a sold-out performance. Staged in Founders Hall, which has been transformed into an intimate 161-seat theater for this show, The Who’s Tommy wowed the audience and critics with a captivating production full of cool video projections, rocking music played by an onstage band and charismatic performances. To read the reviews, please click here. Some of the upcoming performances are nearly sold out so be sure to get your tickets soon. The Who’s Tommy plays through February 20. 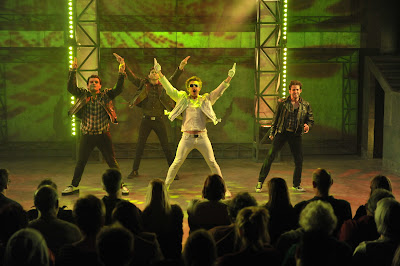 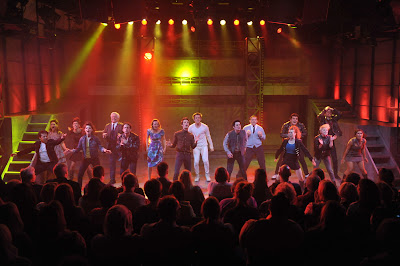 Posted by Heather Cho at 3:29 PM No comments: