In our last flip cam video with Peter Pan cast members, meet Tinker Bell who is performed by Itxaso Moreno. She played the fairy in the original cast of threesixty° entertainment's Peter Pan in Kensington Gardens and after a season at the Royal National Theatre in London, she returned as Tinker Bell for the U.S. engagements. Itxaso hails from the Basque Country where she trained in the performing arts at Bilboa's BAI. She moved to Scotland in 1999 and has been acting in the U.K. ever since. You can see Itxaso, Abby, Jonathan and Nate live when Peter Pan starts it Orange County run tomorrow.

A Peek Into Neverland 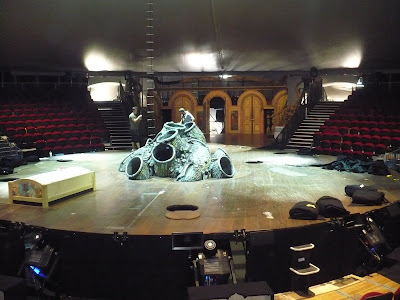 Members of the Center’s staff had a sneak peek into the intimate threesixtyº Theatre. A bit of theater magic was happening as rigging, lighting and stage machinery were being put in place to create Peter Pan's Neverland and John and Wendy Darling’s bedroom. Above the exit sign are two spot lights. The dark box is one of the 12 special CGI projectors that will help to envelop the actors and audience in scenes of Edwardian London and Neverland and all the other exciting adventures they experience during the Peter Pan show. 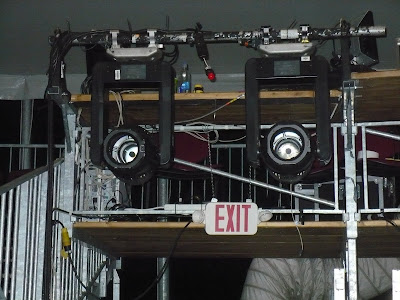 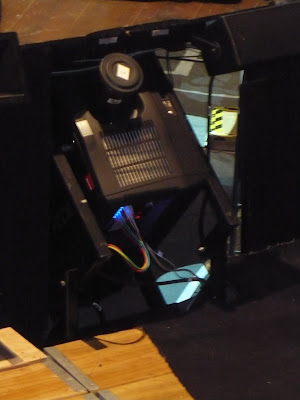 Posted by Heather Cho at 3:32 PM No comments:

Abby Ford plays Wendy Darling in threesixty° entertainment's new production of Peter Pan - a role she originated in London. Before joining the Peter Pan cast, Abby was busy working in British television and theater. She's also appeared on the big screen in movies including Harry Potter and the Prisoner of Azkaban. Click on the video above to hear Abby's insights into the character of Wendy. And be sure to check out Abby in Peter Pan when it opens September 28.

Posted by Heather Cho at 9:57 AM No comments: 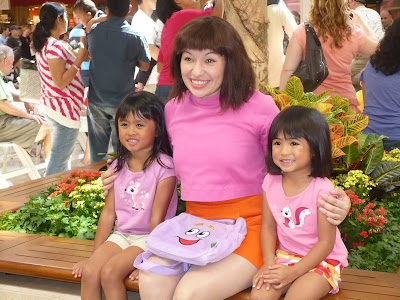 On Saturday, September 18, Storytime Live! star Dora the Explorer stopped by South Coast Plaza to explore the excitement of The Festival of Children Foundation activities. Dora read one of her books to the children who had arrived for the day and stopped to say hello and have photos taken with her fans. The Festival of Children helps to improve the lives of children by strengthening the charities that serve them and runs through September 26. Storytime Live! – and Dora and all her Nickelodeon friends – will be at the Orange County Performing Arts Center October 30 and 31. Click here for more information on Storytime Live! 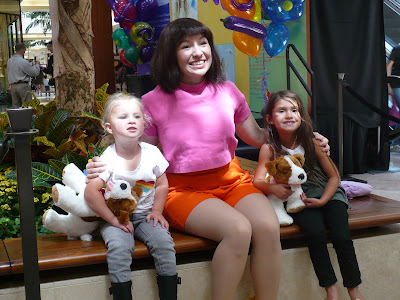 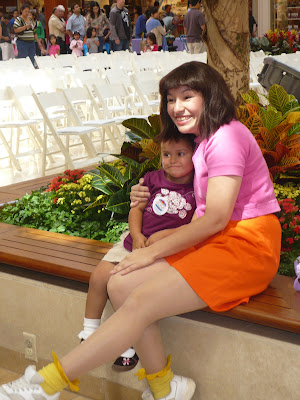 9 to 5: The Musical in rehearsal

Dolly Parton watches the cast of the touring production rehearse. Check out this footage, including Diana DeGarmo singing Backwoods Barbie

Posted by Segerstrom Center for the Arts at 9:26 AM No comments:

You may recognize Jonathan Hyde from blockbuster movies such as The Mummy, Anaconda and Titantic. Now, you can see Jonathan in his newest role as Captain Hook (as well as Mr. Darling) in threesixty° entertainment's production of Peter Pan which opens here later this month in the first-ever first 360-degree CGI theater set. Click on the video above to hear what Jonathan has to say about playing Hook. 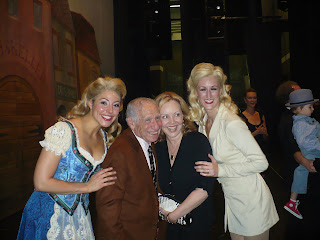 Last night's performance of Young Frankenstein was attended by none other than the show's creator, Mel Brooks. Joining Brooks in Segerstrom Hall were Susan Stroman (director and choreographer), Robin Wagner (set designer) and William Ivey Long (costume designer). Following the crowd-pleasing performance, these multi-Tony® Award winners went backstage to take a few photos with the cast and crew. Young Frankenstein plays at the Center through September 25.

Photo below: Susuan Stroman and Mel Brooks (center) with Robin Wagner to the right of Brooks and William Ivey Long in the front row (far left) 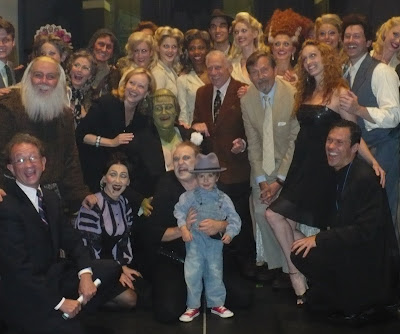 We are excited to welcome the return of the incredily talented Project Bandaloop for FREE performances on our plaza.  They will be premiering a new work performed on the side of Segerstrom Hall September 30, October 1 and 2.  Here are a couple of shots from a rehearsal of the work. 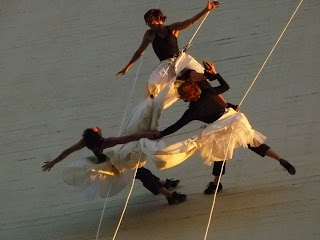 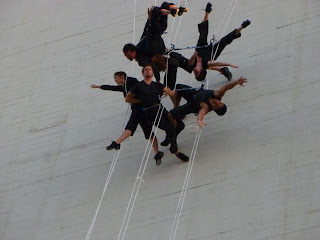 Posted by Segerstrom Center for the Arts at 12:20 PM No comments: