Here are some of the headlines from the Great White Way people are talking about this week...

Posted by Segerstrom Center for the Arts at 12:46 PM No comments:

The Orange County Performing Arts Center and its partner Broadway Across America invite you to sign up for free mobile alerts. You'll receive priority ticketing offers, special deals, insider information AND you're automatically entered to win tickets to see White Christmas on Broadway.

Click here for details
Posted by Segerstrom Center for the Arts at 11:46 AM No comments:

For those of you who weren’t able to make it to The Color Purple’s Girls Night Out because it was sold out (oh yeah!), here are a couple of snapshots of last night's fun-filled pre-show reception from Tier III.

More than 120 ladies enjoyed purple martinis made with Pom and Ocean Vodka and tasty apps by Patina including mac 'n cheese spoons, crab cakes and caprese salad skewers, all in a lovely setting of violet and lavender flowers.

Everyone loved the gift bags – a big thanks to Jaqua, Kiehl’s, shu uemura, South Coast Metro Alliance, Vitalae Wellness, Yogi Tea and YogaWorks for all the goodies!
And the show was a hit with the women. Who could ask for a better night out?!

Check back for details on upcoming Girls Night Out events. We’ll post them here first.
Posted by Heather Cho at 9:14 AM No comments:

Great news has been reported from three schools that are part of the Center’s ArtsConnect program. ArtsConnect is a long-term partnership with five elementary schools in Orange County and two in San Bernardino. The program helps teachers to integrate the arts into core curriculum - such as relating music to history or math, dance to cultural traditions, etc. It's all about the big picture. The reports indicate that test scores from these three schools show a positive improvement on academic achievement.

Taft Elementary School, Santa Ana Unified School District
Scores were the highest in the district for 2008 and increased over 20 points from 2007.

Congratulations to all schools, teachers and students!

Dwight Rhoden premiered a new work featuring Desmond Richardson at New York's Joyce Theater on Tuesday for their company Complexions Contemporary Ballet. Rhoden and Richardson were part of the Diana Vishneva: Beauty in Motion, which was commissioned and premiered by the Center.

His new ballet is reviewed in today's New York Times

A photo of Vishneva and Richardson in Beauty in motion 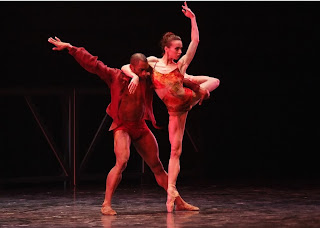 photo by Doug Gifford
Posted by Segerstrom Center for the Arts at 12:42 PM No comments:

The Center mourns the passing of Clive Barnes

Noted dance and theatre critic Clive Barnes passed away yesterday. Barnes was a great force in the dance world. He was a good friend of the Center, and led a passioned discussion on the role criticism for a board retreat. He will be missed.

You can read more about his life here


Listen to a story on NPR
Posted by Segerstrom Center for the Arts at 8:57 AM No comments: 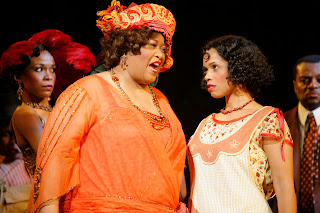 The lovely and talented Felicia P. Fields - who stars as Sofia in The Color Purple - will be featured on tonight's edition of Real Orange with Ed Arnold and Ann Pulice at 6:30 and 11 p.m. Ms. Fields (that's her on the left) lives and breathes Sofia as she originated the role on Broadway and has been playing it ever since. (For those who have seen the film version of Alice Walker's Pulitzer-Prize winning novel, you will remember Sofia as Oprah Winfrey, the generous producer of the musical.) For her efforts, Fields has been honored with a Tony nomination, a 2006 Theatre World Award, two Broadway.com Awards, as Drama League honoree and more. Tune in tonight to Channel 50 to catch Felicia musing on the show and come see her work her magic live on stage in The Color Purple, running now through November 30 in Segerstrom Hall. For more information on the show, click here.

Candlelight is all about WOW.

It's still two weeks away, but work is fast and furious on one of the biggest fundraisers in Orange County - the Center's 35th Annual Candlelight Concert. It's so big that it actually spans two nights - Candlelight Concert (December 5) and the aptly named Candlelight Encore (December 6). The look and Wow Factor are always kept top secret, but this much is known: Diana Ross performs on the stage of Segerstrom Hall for Candlelight Concert - looking out to 500 guests in evening dress. But the 1000 seats of the orchestra level will be covered with four specially built terraces that will accomodate tables and dance floors - yes - there's enough room between the tables to stand up and let go right there. Amazing projections, massive chandeliers, towering topiary centerpieces, mirrored tabletops, sparkling dinnerware -- with walls draped in shimmering gold. Think lots of red, gold and silver.
Candlelight Encore mirrors the Concert glitz and style for cocktails and dinner in Samueli Theater. Afterwards, guests adjourn to the Renée and Henry Segerstrom Concert Hall to hear Broadway legend Barbara Cook and opera superstar Debbie Voigt perform together for the first time. And if you haven't been to the Renée and Henry, you're in for a visual treasure and music and voices that - well, frankly, take a deep breath, because it will take your breath away. We'll update you as work progresses.
Posted by Tim Dunn at 5:12 PM 1 comment: 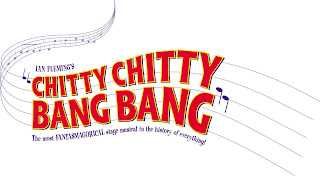 Brothers Robert B. Sherman (born December 19, 1925) and Richard M. Sherman (born June 12, 1928) were awarded the 2008 Medal of Honor by the National Endowment for the Arts. The duo's song-writing career spans five decades including two Academy Awards, one for Mary Poppins (score) and one for "Chim Chim Cher-ee" (song). The Sherman Brothers also wrote the world's most translated and performed song, "It's A Small World (After All)". Chitty Chitty Bang Bang comes to the Center July 7-19, 2009 as part of the Bank of America Broadway Series.

More information here
Posted by Segerstrom Center for the Arts at 4:06 PM No comments:

Girls Night Out - Sold Out

The Center's second Girls Night Out is Thursday, Nov. 20 for The Color Purple with pre-show reception and tickets to the inspiring musical. Just like the first event, this one is sold out. Check back to Center Scene for photos of the event and to learn more about upcoming Girls Night Out Events.
Posted by Segerstrom Center for the Arts at 3:40 PM No comments: 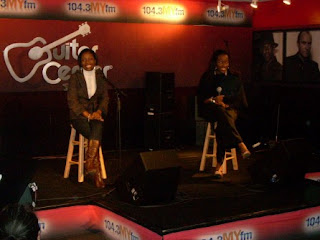 Two of the stars of The Color Purple, Jeanette Bayardelle who plays Celie and LaToya London who plays Nettie and was a finalist on American Idol, performed live in the Clear Channel Radio's studio for the listeners of MyFM, KOST and KHHT today.

More photos available here
Posted by Segerstrom Center for the Arts at 3:29 PM No comments:

Welcome to the Center's blog where you'll find interesting information about what's on stage, behind the scenes and in the works. Enjoy.
Posted by Segerstrom Center for the Arts at 3:08 PM No comments: